Here the schedule for Burger Kingâ€™s King Deals Canada. The daily sandwich specials are only $1.79. This might vary slightly from province to province so be careful. 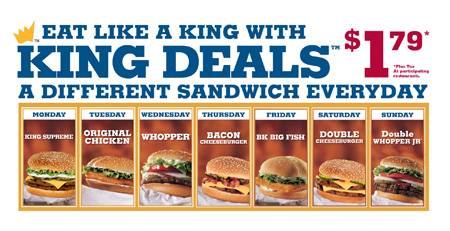