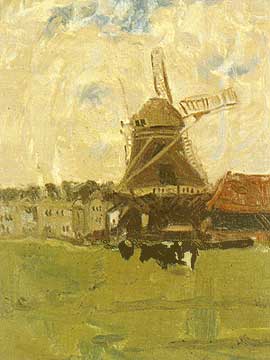 Thanks benji for posting this deal on the forum. Here’s what benji had to say:

They’re a good size..maybe about 2ft x 3 1/2ft (I’m crappy with math and measurements). It comes in a sturdy cardboard box, and in a timely fashion.

Click here to order your free Art Prints from Sobeys 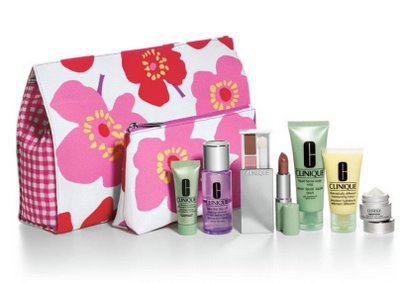 Thanks sweet_4 for suggesting this deal.

With any Clinique purchase of $35 or more, receive two flirty floral cosmetic bags, one full and one mini, filled with these goodies:

Approximate value of this gift is $120. 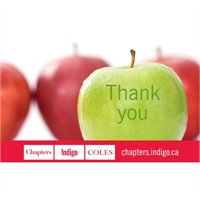 Thanks ONmomofthreeÂ  for posting this freebie on the forum 🙂

Answer a short survey about overactive bladder. It should take you no more than 5 minutes to complete. You will receive a $10.00 Chapters gift certificate in the mail after you complete the survey. 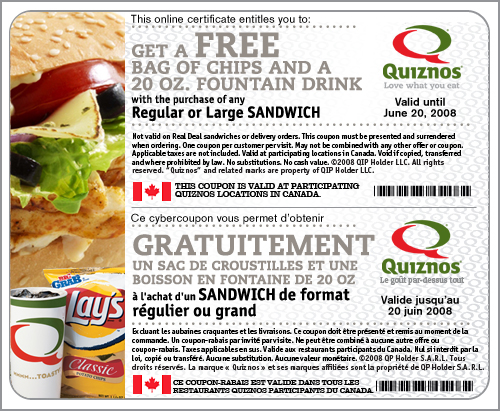 Get a free bag of chips and a 20 oz. fountain drink with the purchase of any regular or large sandwich.

Get a FREE Indiana JonesTM adventure spoon that lights up inside specially marked boxes of Mini-Wheats cereal.

Click here for more details on this Kelloggs Canada promo

Mega Centre Des Sources
25 Bovis, Pointe-Clair, QC
Near the corner of Brunswick blvd and Des Sources behind Bar B Barn.

UPDATE: Amazon.com Warehouse Deals does not ship to Canada.

I’m sorry for any inconvenience this post may have caused.

On Saturday May 31st and Sunday June 1s2, 2008 Shoppers Drug Mart is having a Bonus Optimum Point Redemption event: 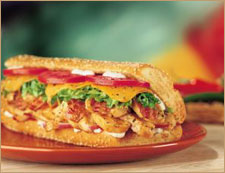 I got this email from the owners of the Quiznos Upper James & Rymal location in Hamilton.

Come into Quiznos Upper James & Rymal location and mention SmartCanucks.ca and get a 10% discount off any menu above $4.99 purchased. (Not in any conjunction with any other offer/discount.)

Also for a limited time you can get a $5 off coupon to purchase the movie Semi-Pro now out on DVD (just purchase any entree). 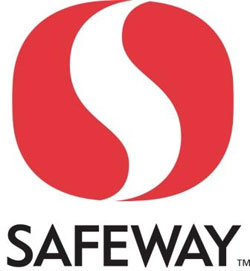 Thanks Coco for suggesting this Air Miles deal.

St. Albert, Alberta’s Safeway is offering 50 Air Miles Reward Miles on purchases over $40 in a single transaction. Some exceptions apply. Bonus is awarded once a day. You need to go to customer service to get a Platinum Card for the cashier to swipe.

“My daughter beat me to it” 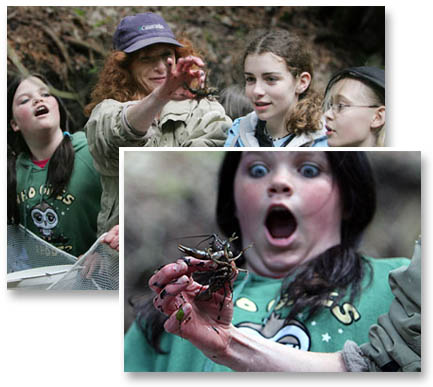 Skippy, a very proud father and a fellow Smart Canucks member, tells all as his daughter, Lizzie, graces the front pages of both The Star and The Toronto Sun.

Here the family thought I’d make the papers one day. My daughter beat me to it!

In SUN too! (Pardon my gloating!)

Lizzie, among several of her classmates (Grade 6 students from Oshawa’s Coronation Public School) participated in an environmental project that hopes to restore the population of Atlantic Salmon to Lake Ontario. Decked out in rubber boots and amidst the stream, they helped release 27,000 salmon fry into Duffins Creek on Friday. The project, a coordinated effort involving more than 30 organizations, is in its third year and has cost an estimated $3 million so far. If it takes off, Lake Ontario could be home to a healthy Atlantic salmon population by 2020, Robinson said.

Once the fry grow up and head out into the lake, their chances of survival are slim, Rance said. Perhaps one in 1,000 will return to the stream as adults to spawn. Fingerlings and yearlings have higher survival rates, but because they spend more time growing up in aquariums they may be less likely to come back to their home streams.

Rance said the restoration project serves two purposes â€“ the salmon act as an incentive for people to keep the lake clean, but they also allow researchers to gauge pollution levels in the lake by studying the fish that return to spawn.

Robinson said the project means different things to the many people involved. “I’ve found a lot of different angles to it,” he said. Some act out of a moral obligation to undo humankind’s ecological footprint â€“ “It’s sort of a you-broke-it, you-buy-it philosophy,” he said. Source

Full articles can be found in the links above. 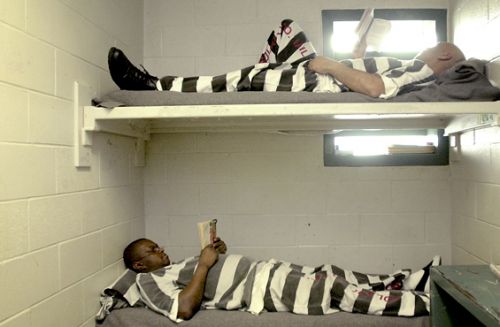 Anyone else remember that episode of The Simpsons where Chief Wiggum is looking up old laws and discovers one that reads “Five kicks of the same can shall be considered illegally transporting litter”?Â  That’s the first thing I thought of when I came across this: a list of strange laws from around the world.Â  Their section on Canada is particularly sidesplitting.Â  For example:Â  it’s against provincial law to kill a sasquatch in British Columbia, while in the town of Uxbridge, Ontario residents are forbidden from having an internet connection faster than 56k.

I’d just like to state for the record that this site doesn’t source any specific laws, so take it with a grain of salt.Â  Still — definitely a fun read. 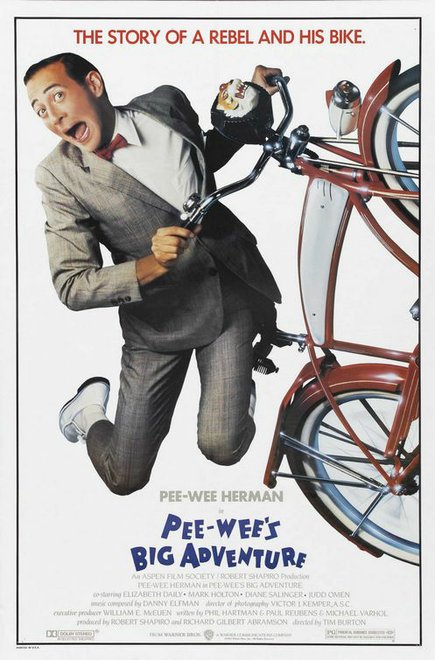 Ever wonder what it would be like if they took Pee-Wee’s Big Adventure and did a Rocky Horror-style live show in front of the screen? Neither have I, but that doesn’t mean it doesn’t sound like a garment bag full of fun.

Nothing beats the taste of a great Canadian soda, and there weren’t any greater than The Pop Shoppe. Starting in London Ontario 1969, The Pop Shoppe let consumers buy their soda directly from their distribution outlets, bypassing the typical retail route and passing the savings on to the customer. It sounds crazy, but it worked — within three years they’d expanded to over 500 stores and eventually branched out into the states. People were mixing and matching cases and returning refillable bottles all over the country.

The good times couldn’t last forever though, and despite having some of the best tasting soda on the market (and a big time spokesperson like hockey legend Eddie Shack!) the company folded in 1983. The general consensus is that the business was killed by a combination of store-brand sodas entering the marketplace in major grocery chains and Coca-Cola’s introduction of a diet cola.

In 2004 The Pop Shoppe made a quiet return. Store shelves in small convenience stores were being stocked with Black Cherry and Lime Ricky Pop Shoppe bottles for the first time — and they were just as good as ever. In the four years since, the product has successfully rolled out into much larger availability, with select Zellers stores featuring the product and the 7-11 Food Store chain recently signing on to carry it in all of it’s Ontario locations.

Have you had your Pop Shoppe lately?

How do you save on airfare? 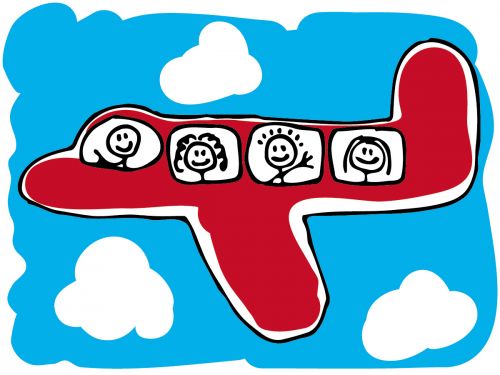 Most of the time we here at SmartCanucks are the ones trying to inform you — now we’d love it if you could inform us!

The internet is plagued with sites promising cheap airfares and last minute deals on flights, but which ones really work? Do we have any frequent flyers here? How do you save on airfare?

Hopefully your answers can help out other readers looking to plan a trip on a big tin bird — readers like me. I’ll be going out to California in July for a press event and I’d love to save every penny I can on the trip. Right now I’m using farecast.com to plan the flight, and although it has some great features I like (emailing me the lowest ticket price every day, tipping me off on whether or not they expect the price to go up or down) I’d like to see what else is out there. Come on, SmartCanuckers! Help me fly those friendly skies!