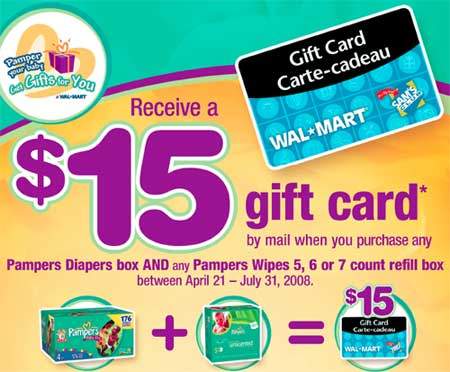 Thanks Trayco for suggesting this Walmart Canada and Pampers promo. Thanks Kim for remind me of this deal. Bumping it since it’s very useful.

To receive your $15 Wal-Mart Gift Card by mail, send your cash register receipt(s) dated between April 21 to July 31, 2008 with the participating products circled along with the rebate form found here.