*Please note that what you are about to read is purely the speculation of the writer and not to be taken as official advice endorsed by SmartCanucks.ca

Ever since Sony released the PS3 with the hefty price tag of $599.00 a lot of people have been waiting for a price drop, myself included, and finally it’s here! You have probably seen at least one post or advertisement this week about the great new price of $299.00 and you may be thinking ‘now’s the time’ (and your husband might be jumping up and down b/c he can no longer contain his excitement). But is now the time?? Here’s some info to consider; Sony has officially announced the release of the PS3 Slim for Sept.1, 2009 for the same price of $299.00. So now you may be thinking ‘ok so I can get a new slicker model for the same price, but I really want it now!’  So, consider this, the new model is going to be 120 gb while the old model is only 80 gb. A reasonable assumption at this point is that the new Slim PS3 is going to be a better value (and right now it is), so I pose this question – What will happen to the 80 gb when the 120 gb Slim is officially released for the same price? If one is clearly a higher value than we, as savvy shoppers, know that it will be a hard sell trying to convince people to pay the same price for them! So, in theory, a possible price drop in the 80 gb in the very near future??? *shrugs. I don’t know, but I’m going to wait just in case the real question ends up being; does size matter? 😉 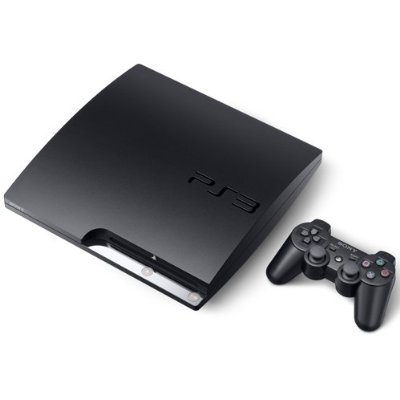 X
BabiesRUs Canada Avent Pacifier 20% offCanadian Deals & CouponsI just got the email from BabiesRUs.  Save 20% on Philips Avent pacifiers with the coupon code AVENTAUGUST for online purchases.  To get the instore c…

0
X
Canadian Deals – Baby Deals for the Week of Aug 21 to 28…Canadian Deals & CouponsOur ever so deepest thanks to couponlady for posting this on a weekly basis. Zellers Get $15 Gift card when you buy Pampers value pack diapers and Pam…