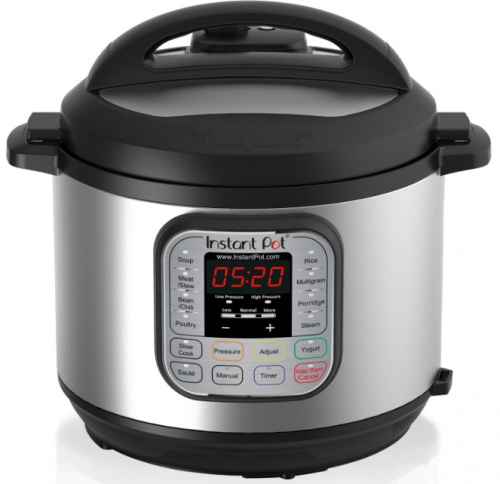 A couple of months ago, when the new Instant Pot IP-DUO60 7-in-1 Programmable Pressure Cooker was released, we did a post detailing how you could pick up the latest piece of technology from Instant Pot for $60 off the retail price of $289.95 USD. Amazon.ca has recently undercut that deal, quite significantly I might add, by selling the newest Instant Pot 7-in-1 programmable cooker for just $129.99 – in Canadian dollars too! 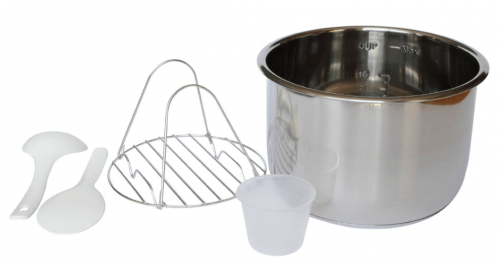 Unlike the retail site for Instant Pot, which is selling the 7-in-1 cooker for $259.99, Amazon.ca was originally selling the Instant Pot for $234.95, meaning you’ll be saving $104 by purchasing it through Amazon.

As we mentioned in our first post about the Instant Pot 7-in-1 programmable cooker, this smart cooking gadget has 7 built in different cooking modes (pressure cooker, slow cooker, rice cooker, saute, steamer, and yogurt maker), plus 14 different micro-processor modes that are also built-in to the system.

This is a rather hot deal, especially considering that the older version of this model, the 6-in-1 Instant Pot, is selling for more than the 7-in-1 model (now $133.39).

Amazon.ca will only have this deal available for another 12 hours.

X
Sears Canada Offers: FREE 7-Piece Gift ($123 Value) With Any Lancome Purchase of $45 or More…Canadian Deals & Coupons  Sears Canada has an excellent gift with purchase offer going on right now, that would definitely cater to your likes if you are a dedicated custome…