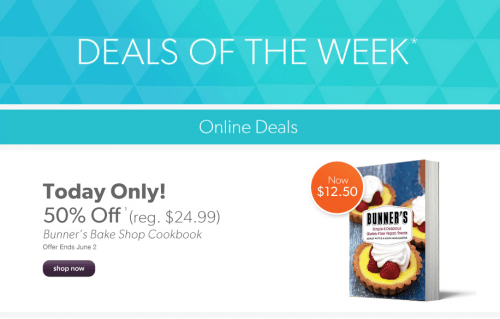 Click here to check out the Online Deals of the Week from Chapters Indigo Canada Online!

X
Metro (Ontario) Flash Sale: Save $5 When You Spend $10 on Fresh Seafood 3-9PM…Canadian Deals & CouponsMetro are holding another flash sale today and gave us a bit more notice to print the coupon too.  Shop at an Ontario Metro store between 3 p.m. and …

X
The Body Shop Canada Deals: 50% Off Hand Creams, 50% Off Skincare + Free Shippin…Canadian Deals & CouponsThe Body Shop Canada will offer you a full assortment of naturally-inspired products which include bath and body, men's and women's skincare as well a…