Costco Canada Upcoming Tire Deals: Save $70 Off a Set of 4 Bridgestone or Michelin Tires, $90 Off Set of 4 Pirelli Tires & More 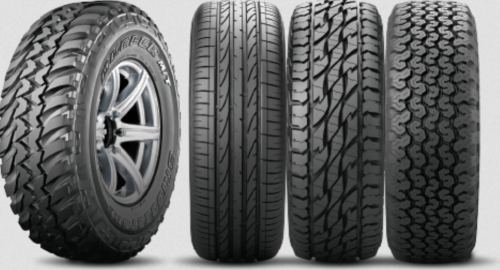 If you’re in need of new tires for your car, check out these great deals coming up from Costco Canada!

Each deal has a different start and end date, so be sure to check. These deals apply to the purchase of winter tires as well, which is great for added safety on slippery winter roads! If you’re just looking to improve the quality of tires on your car, both Michelin and Pirelli are considered some of the best quality tires according to Consumer Reports as they have the best quality grip and balance. These offers may vary by location.

X
A&W Canada Coupons: FREE Rootbeer & Fries With Maple Chipotle Burger Purchase, and More…Canadian Daily DealsA&W Canada coupon  has been removed as requested by A&W Food Services of Canada Inc.  SmartCanucks is not affiliated with A&W in any wa…

Costco Canada Upcoming Tire Deals: Save $70 Off a Set of 4 Bridgestone or Michelin Tires, $90 Off Set of 4 Pirelli Tires & More

0
X
Pampers Gifts To Grow Freebies: 15 FREE Points With Promo Codes…Canadian Deals & CouponsPampers Gifts to Grow Canada once again has some new promo codes for you to enter to collect rewards points! These latest promo codes will get you 15 …