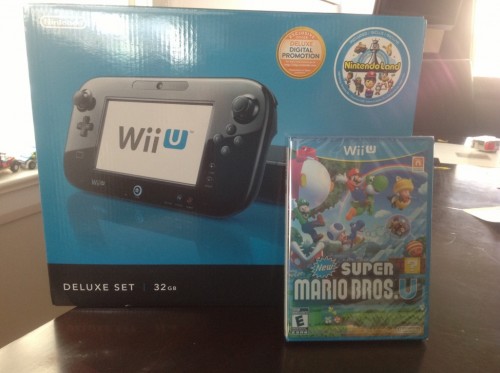 Forum member sjw80 combined the Shoppers Drug Mart coupon for 25% off full priced items and a redemption to get a WiiU and Super Mario Bros. U game for just $133.75 including taxes (full price including tax would be $463.28).

So the 25% coupons can be used in conjunction with redemptions.  Click here to view sjw80’s full brag.