Iâ€™ve been very busy during the holidays with my family and friends, and wasnâ€™t posting as usual, so I thought Iâ€™d update you on my plans for Smartcanucks.ca as we start a new year 🙂

I have a couple of exciting ideas lined up for SmartCanucks.ca which Iâ€™m currently working on, including new stuff for the blog, a new section (working on it with my friend) which Iâ€™ll keep a secret until itâ€™s ready 😉 and some contests and rewards.

As for the forum, I feel guilty for my slow maintenance and updates. I spend most of my forum time cleaning up automated spam! a total waste of time! So Iâ€™ve decided to install a completely new and better forum which has way more features and better spam protection. I have some ultra-fun ideas for the forum and a huge surprise 🙂 It should be ready within a week – or two if I procrastinate 🙂

Iâ€™m also helping JimmyCanuck develop his own pop culture blog. He already chose and bought the domain name but Iâ€™ll let him reveal the name once itâ€™s ready 🙂 Many of the enjoyable posts on SmartCanucks.ca are written by JimmyCanuck. His blog should be ready by March.

If you have any suggestions, ideas or complaints please let me know! I’m always looking for new ways of improving SmartCanucks.ca. My email is [email protected]

Thank you everyone for being part of SmartCanucks.ca either by contributing to the forum, writing comments or even just visiting. Thank you 🙂

Don’t Buy a Wiimote yet…. get it for Free with Wii Play 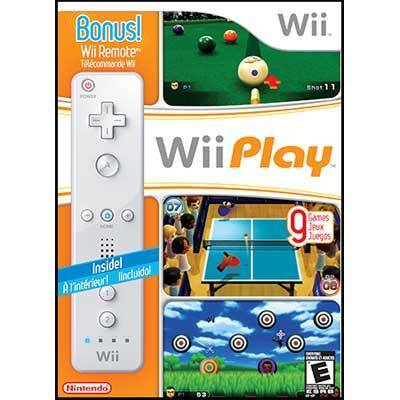 Nintendo is offering Wii play for $59.99 and it comes with a free Wiimote!! You can think of this offer in two ways: Wiimote costs $49.99 so you’re getting Wii Play for only $10! or you can assume that Wii Play costs $59.99 which means that you’re getting a Wiimote for free! This Nintendo Wii offer is simply irresistible 🙂

Wii Play (with free Wiimote) won’t be out until February 12th, 2007 so you’ll have to be a bit patient.
Wii play consists of 9 mini games: 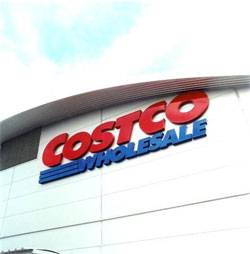 Thanks to gregv of RFD for these Costco coupons 🙂

Rec’d coupon book in mail today.
Over $7500 in vendor-sponsered rebates.
Don’t have access to a scanner right now so will just post the first couple now. 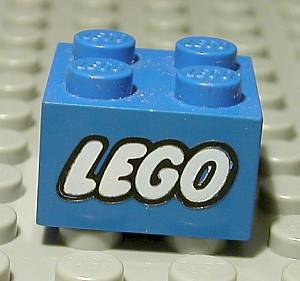 Lego has a huge collection of items on sale.

Here are the logo items on sale.

This time of year the web is hit with a plethora of “best of” lists reflecting on all of the ups and downs of the last year. Quite frankly, it can be a little overwhelming — and I find that it gets pretty old pretty quick. There’s only so many times I can be offended that somebody left Rocky Balboa off their Top 10 Films of 2006 list. That being said, I’ve stumbled across a site that’s re-invigorated my love of year in review retrospectives.

Time Magazine has just released its annual 25 Top 10 Lists for 2006. As you can imagine, 25 different lists cover just about every walk of life you can imagine — Sport’s Moments, Kid’s Books, Fashion Trends — they’re all there. My favourites? Top 10 Web Sites, Video Games and Underreported News Stories — but if you know anything about me, I suppose these choices really come as no surprise. I’m just impressed with anyone who has the wherewithal to put Table Tennis on their video games list. 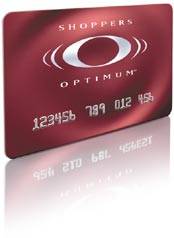 Fill out a â€œCholesterol Controlâ€ survey and get 1000 free Shoppers Optimum Points.

Toronto is a big-city playground — and this winter you’re invited to come out and play! Discover Toronto and take advantage of discount coupons for this impressive list of Toronto’s most thrilling destinations* from January 26 to February 8, 2007.

A Suitcase Full of Memories This post isn’t about Canada and it isn’t about deals, but it is a great little story that I think everyone can enjoy. Earlier this year a user on the photo sharing site Flickr purchased a suitcase at a yard sale and it turned out that that suitcase was full of black and white family photographs dating from the 1930’s-1950’s, presumably from the Washington DC area. So what did this user do with all of these pictures? Posted them on Flickr of course!

Hop on over to the Flickr photoset “suitcase snapshots” for a fantastic look at family life from a time gone by.

How to Avoid a Speeding Ticket in Ontario

Interestingly, Chris posted this information as a comment in an irrelevant place which qualifies it as spam. However, unlike most spam I come across, his comment is useful so I thought I’d post it here: 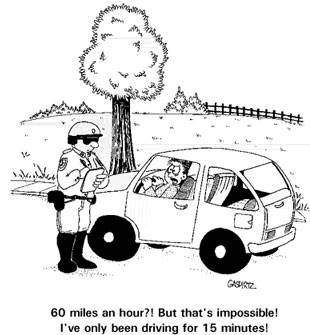 The best advice is not to speed. But itâ€™s going to happen, everyone speeds, the police, the Judges and the prosecutors.

How do you avoid a ticket? There are times and places where you are more likely to get a ticket. School zones and anytime you see a Community Safety Zone are areas that the police are going to target with speed enforcement. Be aware on long straight stretches of roadway, and as you come over the crest of a hill or going down any hill.

The police look for good places to catch offenders. They donâ€™t always base the set up of a speed trap on the whether there is a good reason to do enforcement, but more on the fact are they going to get tickets.

Always pay attention to the posted speed limit. If you donâ€™t see the speed signs the limit in the city is 50 and outside the city its 80.

If you re driving 10 to 15 km/h over the limit your very unlikely to get a ticket. The police are regular people doing a job. They are going to use common sense and not stop people speeding a little over the limit. Most officers will set a personal limit as to what they feel is acceptable. A lot of officers will use over 15km per hour and some will say 20km/h. The limit the officer makes is totally within his discretion, and an officer could write you a ticket for even one kilometer over the limit, but we have never seen it happen.

If you see a police car or officer, stay within the speed limit. If you pass a police car even speeding slightly you could be stopped and given a ticket. Itâ€™s wise to let police vehicles pass or reduce your speed in the vicinity of a police vehicle.

Thanks Jawaad for this great Parasuco deal 🙂 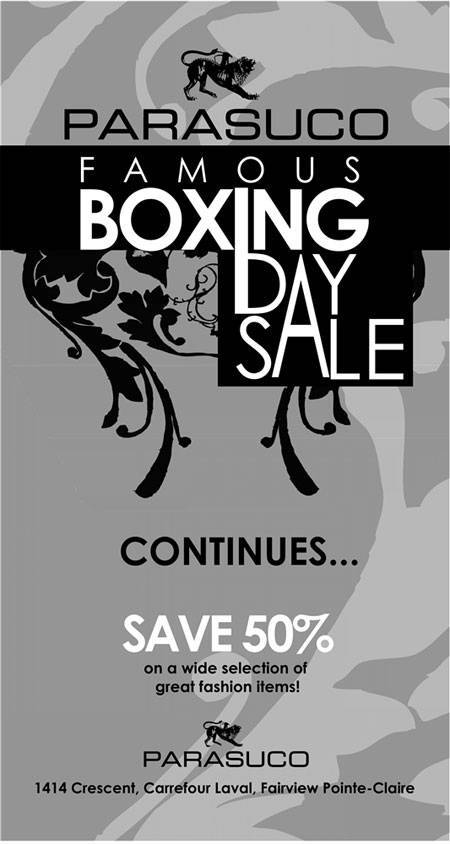 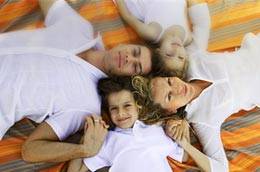 As another year comes to a close, one question remains – where am I going to go to party? I had been under the impression that most major cities held free events on New Year’s, but after some lengthy searches on the internet this morning I’ve discovered that that’s simply not the case. If you live in Southern Ontario though, we’ve got two annual events that are always a ton of fun this time of year. I’ve been to both, so I can vouch for the fun factor personally.

Living 20 minutes from Niagara Falls and being a HUGE fan of kitschy 80’s rock, I’m rather ashamed that I won’t be making it out there tonight to see Foreigner. I was looking forward to the delicious irony of watching them perform “Cold As Ice” in unseasonably warm winter weather. Sigh… C’est la vie.

If you know of any free event in your area, please, post a comment here. Your fellow SmartCanucks will thank you. 🙂

ALDO Canada: Extra 30% off all Reduced Boots + How to wear skinny jeans with boots

One of the hottest fashion trends this winter is wearing skinny jeans with boots. ALDO is offering an extra 30% off all reduced boots, your chance to catch up with this fashion craze. 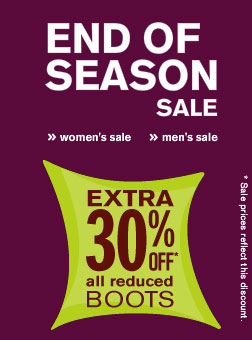 Click here for more details on this ALDO Boots Sale

I came across a very helpful article on the Catwalk Queen blog that explains
How to wear jeans with boots:

Don’t worry! I’m not so condescending that I think you don’t know how to wear a pair of boots under your favourite bootcuts, but I’ve had a few people asking me how to wear their jeans or trousers tucked into knee-high or calf-length boots without ending up with baggy knees and chunky-looking ankles. So I decided to share a few tricks of the trade with you… 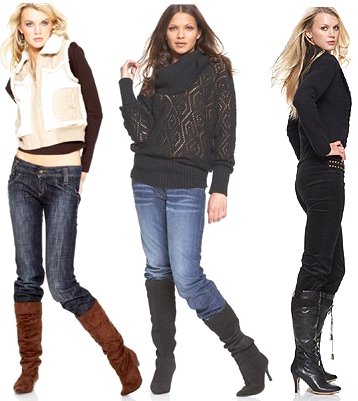 Regardless of your size, the most flattering way to try the look is with a slightly slouchy boot with a reasonable heel or wedge. You need the height to stop you looking too short and stumpy, especially if you’re petite. Overall, this look does tend to work best on people who are tall and slim, but it shouldn’t be cast aside by anyone with a few curves. If you’re pear-shaped, balance out the look with a slouchy knit like the one in the middle, and avoid anything cropped or close-fitting on the top half. If you’re conscious of a large bust, try adding an eye-catching belt to draw attention down. 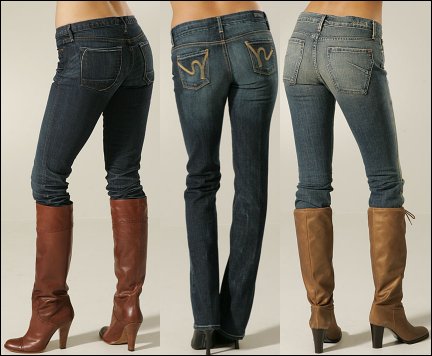 If all your jeans are flared or bootcut and your boots are quite close fitting, it might be best to invest in some skinny jeans. Bulk around the ankle is the surefire way to ruin this look, so go for tight-fitting, slim jeans that won’t sag. This is the only time I’d ever recommend people who are a UK size 14 or up to buy skinny or straight leg jeans, but since they’re going to be tucked into boots, it’s worth it. You could also recycle your Summer cropped jeans, and wear your boots underneath. 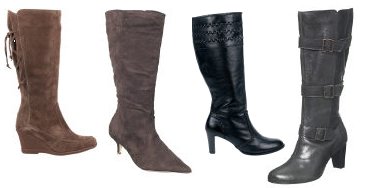 If you can’t be doing with buying a new pair of jeans, one trick to reduce the bulk is to fold your jeans in ‘pleats’ around your ankle, and then pulling on some socks or knee-highs to flatten them down. Pleating or folding in more than one place will stop you from having a big bump in one area. If you find that the extra bulk from your jeans makes zipping up normal boots impossible, [plus size shops] will have boots in larger calf widths.

My final tip is this: if all else fails wear a belt! One of the main reasons you get that saggy knee syndrome is because the waist of the jeans is slowly falling down, so hitching it up and pulling the legs down as far as the can go (tuck them into your socks, nobody will see) will help to create a smooth line. 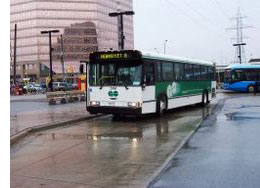 “Leave the driving to us,” said GO Chairman Peter Smith. “We encourage people to celebrate responsibly by not drinking and driving that evening.”

People can ride free from 7 p.m. until service ends that night on all GO Trains and GO Buses running on a Sunday, including the Lakeshore East and Lakeshore West train lines.

The last Lakeshore trains going east to Oshawa and west to Oakville leave Union Station at 1:13 a.m. that night. Bus times vary, depending on the route, and passengers should check with GO before riding.