PlayStation Store Canada Weekly Deals: Sale of the Dead Theme Game Up to 65% Off, or Up to 75% Off for PS Plus Members 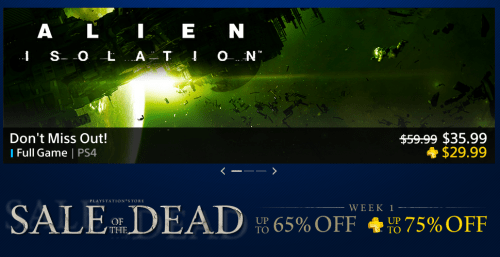 The latest deals from the PlayStation Store Canada have just been released! Log onto your PlayStation account and you can purchase a variety of games this week during the Sale of Dead! This week’s deals are perfectly scary games for up to 65% off! If you’re a PlayStation Plus member, you can save even more with up to 75% off! 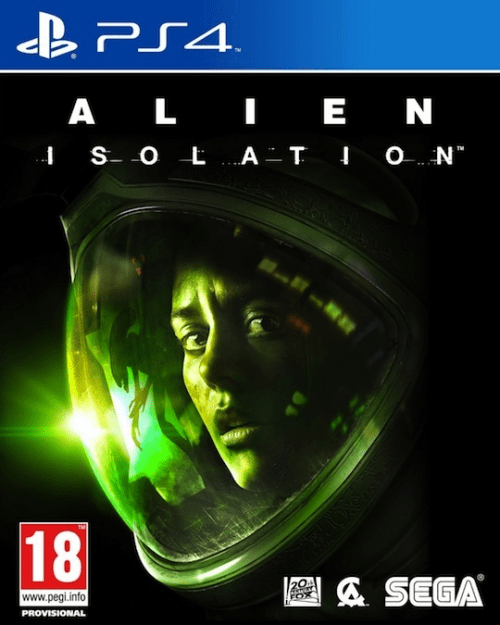 One of this week’s featured deals on the PlayStation Store saves you 40% off your purchase of Alien: Isolation. The PS3 version of the game is on sale this week for $29.99 (reg $39.99), and the PS4 version is on sale for $35.99 (reg $59.99). This game is for anyone who loves the Alien movie franchise. Alien: Isolation is set 15 years after the events of Ridley Scott’s classic 1979 Alien film and follows Amanda Ripley, the daughter of Alien protagonist Ellen Ripley, and her efforts to investigate the disappearance of her mother. This game places a strong emphasis on stealth and survival horror gameplay, requiring you to find your answers and outsmart a single Alien throughout the course of the story.

Other games on sale this week from the PlayStation Store include:

If you’re a PlayStation Plus member, you can save even more, as they PlayStation store is letting you save an additional 10% off this week’s sale games!

These deals end at 2:59pm on October 27, 2015. Log onto your PlayStation or PlayStation Plus account to view your price.