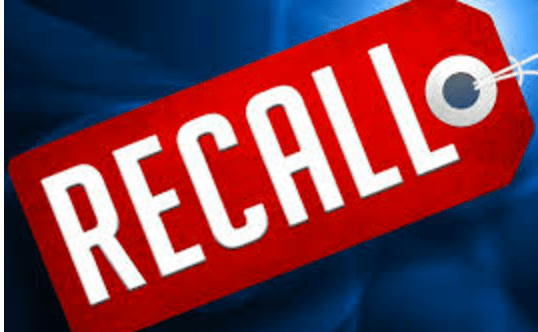 Recall Health Canada recalls Cuisinart Food Processor for Riveted Blades! The food processor’s riveted blade can crack over time and small metal pieces of the blade can break off into the processed food. This poses a laceration hazard to consumers.

Approximately 300,000 units of the affected products were sold in Canada.

What you should do
Consumers should immediately stop using the food processor’s riveted blade and contact Conair Consumer Products ULC for a free replacement blade.

Click here to get more information about this Cuisinart Canada recall.