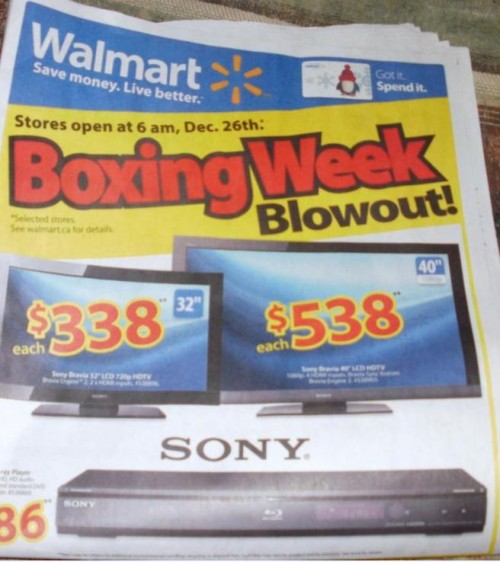 Erilou has been kind enough to take pics of the Walmart Boxing week flyer for alll our Smart Canucks readers!  You can view the Walmart Canada Boxing Day flyer 2010  on our forum by clicking here. I haven’t even had a chance to look it over since I ran to blog about it right away!