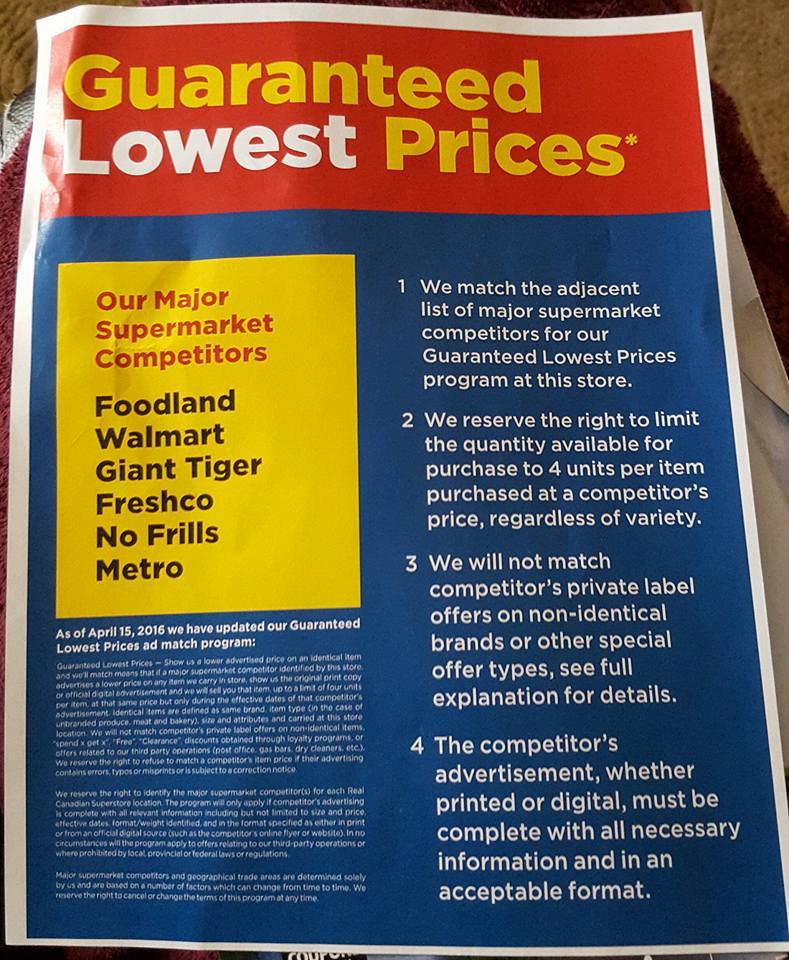 Recently, there was a lot of discussion on a potential change to the price-matching policy at Real Canadian Superstore with some people being told by cashiers that they would be limiting price-matching to one item per person.  Nancy sent us this image from a handout at her local store with details on the changes with a similar image posted on our forums by web3 so it seems to be a province-wide change.

Similar to the changes at No Frills last year, stores will now advertise a list of competitors that they are willing to price-match.  For those who shop at No Frills and experienced issues with them not price-matching “sister stores” like RCSS and Fortinos, this image shows that this store will price-match No Frills so it should not be an issue.

They will allow a price-match of four items regardless of flavour/scent/variety for each ad-match.  However, it says they reserve the right to limit to four, so some stores may be more relaxed on this rule.

As far as couponing, they have not released a similar handout but from Nancy’s store, it also seems that the one coupon per customer was also misunderstood by cashiers.  That particular store (GTA area) will accept up to 4 similar coupons, but will not allow more than one coupon to be used on grouped items.  For example, if you bought three packs of Maple Leaf bacon with the $2.50 coupons, they would not allow you to use the coupon for the free ready Crisp or Stuffed Chicken as coupons were used on the bacon.

Most cashiers will still need an override when you use more than $10 in coupons, it is a good idea to tell them ahead of time so they can call a supervisor over if necessary as many of the cashiers are confused over the new rules.

For those worried about price-matching Food Basics, stores are chosen based on local competitors, and as you can see from web3’s image, Food Basics will be matched where local. 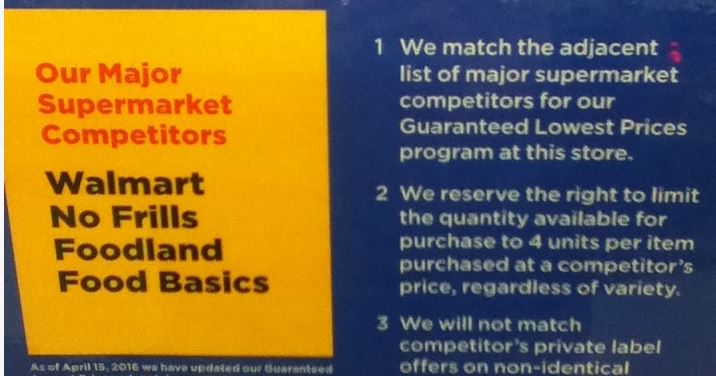 0
X
FIDO Dollars Program EndingAnnouncementsFor those who are part of the FidoREWARDS program take note! FIDO Dollars program has ended and the last day to earn FIDO Dollars was April 6, 2016. T…