Xbox Live Canada Sale: Save Up to 65% Off on Xbox Games, Plus FOUR Days Longer 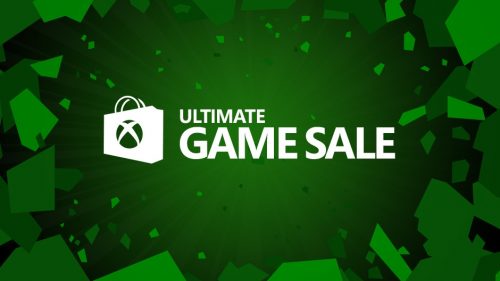 Gamers be on alert; Xbox Live Canada will be launching their annual Ultimate Game Sale starting tomorrow, Friday, June 30th, and you will be able to save up to 65% off on some of the hottest titles of the year for both Xbox and PC gamers. The sale is running for four days longer than it traditionally has run for and will therefore be ending on July 10th.

Some of the games rumoured to be included in this sale have included:

For PC gamers, Xbox Live has hinted that the following games will also be included in this Ultimate Sale:

Be sure to keep an eye on the Xbox site from this afternoon onwards though. Even though the sale is advertised as starting tomorrow, big deals like this often begin going live the afternoon before the officially listed date.

4 responses to “Xbox Live Canada Sale: Save Up to 65% Off on Xbox Games, Plus FOUR Days Longer”

X
McDonald’s Canada Launches NEW Egg BLT McMuffin and Mud Pie McFlurry…AnnouncementsFor the summer, McDonald's Canada is bringing out two new items to their menu. One of them will be going onto their all day breakfast menu, while the…

Xbox Live Canada Sale: Save Up to 65% Off on Xbox Games, Plus FOUR Days Longer