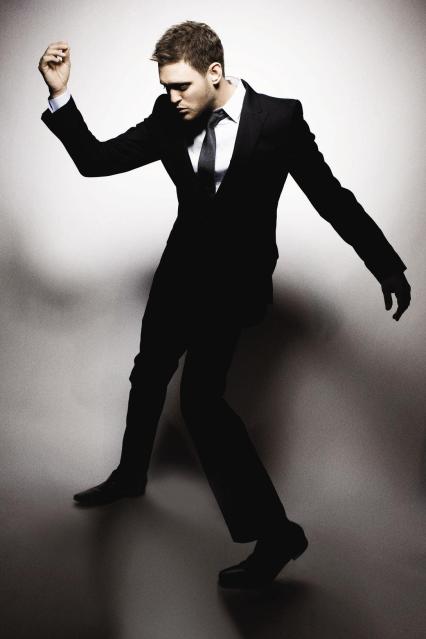 Woot woot! As promised this week I have the opportunity to offer Smart Canucks readers a chance to win one of three Michael Bublé Cd prizes!

First place – An autographed copy of Michael Bublés latest cd “Crazy Love” and a copy of each of his previously released Cd’s (4)!

Second and Third place will receive the “Crazy Love” Cd!

Before I get into the rules heres some information on Mr Bublé:

Crazy love, Michael Bublé’s first studio recording in two and a half years, features two original songs along with his always unique take on 11 standards from various eras. The multi Grammy and Juno Award winning artist hunkered down in recording studios in LA, Brooklyn, New York and his hometown of Vancouver for six months to make his “ultimate record about the inevitable roller coaster ride of relationships.” The album’s first single, “Haven’t Met You Yet,” was written by Bublé (with Alan Chang and Amy Foster). Additional tunes on the album include “Cry Me A River,” “You’re Nobody Till Somebody Loves You,” “Georgia On My Mind” and “Baby (You’ve Got What It Takes)” which was performed with Sharon Jones and The Dap-Kings. Bublé also performs a duet with Canadian songwriter Ron Sexsmith on a version Sexsmith’s own Top 5 hit, “Whatever It Takes.”

Michael Bublé has sold over 22 million CDs worldwide. His previous album, the award winning Call Me Irresponsible (2007) was a number one album in over 15 countries. His 2005 CD It’s Time holds the record as the longest running title to remain on the Billboard Traditional Jazz charts – a full two years. It sat in the Number One position for over 80 weeks.

1. The contest will be open from Today until Thursday February 25th 2010 at 11am, and is open to all Canadians over the age of 18

2. Enter simply by posting a comment about Mr Buble

3. You can enter once a day, but only once a day ( We will disqualify if yo do not follow rules.)

5. Winners will be given my email address to provide home addresses so prizes can be sent out. You will have one week to get this information to me, failure to do so may result in a new winner drawn.

Good luck everyone, and oh ya… Save the last dance for me 😉