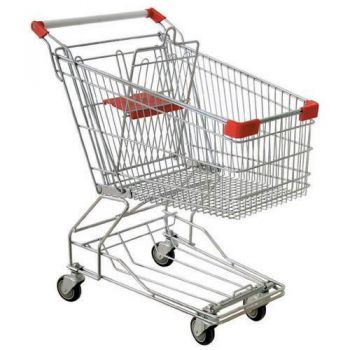 Welcome back to the SmartCanucks Scavenger Hunt â€” our weekly challenge to our readers to find the lowest price on a specific item! Last week’s hunt netted a number of good deals on a 12 case of coke, all around the $3 mark. But this week? This week we’re going to do something a little different.

I think you’ve all had a chance to flex your hunting muscles in recent weeks, so it’s time to put them to the test with our very first Shopping Cart Challenge! How does it work? I’m going to list four items, and I want you to come up with the lowest combined price for the cart. The items can come from different retailers — the key thing is to have the lowest total combined cost. I won’t keep you in suspense any longer. Here’s the four;

– a bulk package of facial tissue (any brand, 3 or more boxes of tissue in the pack)
– a copy of Twilight, the novel (hardcover, softcover, doesn’t matter)
– a brown men’s hooded sweatshirt
– Shadow of the Colossus, a game for the PlayStation 2

Nobody ever said it was going to be easy, so you’d better get started! Good luck, everyone!

Useless Canadian Trivia: What flag is this? 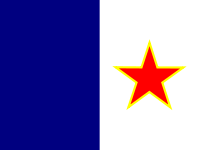 I was doing a little reading on our nation’s past today like every good Canadian should from time to time, and I stumbled across something I’d never seen before — this flag.

And while I know what it is now due to the context of the article I was reading, I would have had no idea had someone just shown it to me out of the blue. So I put it to you, SmartCanucks nation — what flag is this?

(If no one gets it right in the next day or two, I’ll make sure to give you the answer in the comments). 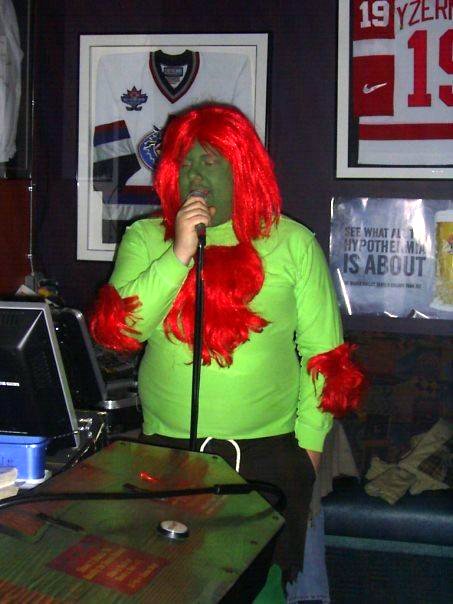 I stumbled across this photo sometime last summer and it always makes me smile — especially because I’m a friend of a friend of the guy in the Blanka outfit. I came across this on a friend’s Facebook, andfrom what I can tell it was taken during karaoke night at the Boston Pizza on Morrison Ave in Niagara Falls.

I know, I know — at first it seems like this is a Caption Challenge for the gamers in the crowd only, but really — who doesn’t have something witty to say about a wacky dude doing karaoke in a monster suit?

McDonald’s Mondays: Do you take this taco as your lawfully wedded wife?

It’s not quite McDonald’s, but seeing this video brought back memories of a McDonald’s Monday post from a few months back that featured a couple getting married under the big arches.

While it’s a little strange, I also think it’s adorable how the restaurant got into the theme and put wedding messages on the hot sauce packages. In a perfect world I’d have a McDonald’s catered wedding. Have you seen that “Nuggnuts” commercial where they have a wedding cake made out of McNuggets? That’s my dream, right there. 😉 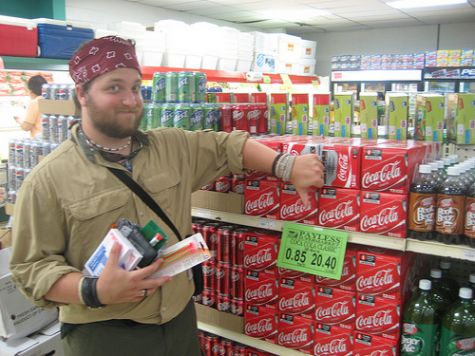 Welcome back to the SmartCanucks Scavenger Hunt â€” our weekly challenge to our readers to find the lowest price on a specific item! Week 3 had you looking for the best deal on a Black & Decker toaster oven. And while the lowest price from a Canadian retailer ($24.97 in a London-area Wal-Mart) was found by meisagirl, we had a few other noteworthy comments as well — from the $15.00 B&D Kids toaster oven that actually works from wendymac to nkwu’s bad track record with Black & Decker products. Well worth a read for those shopping for small appliances!

This week we’re going to have you dig through some of those grocery flyers that fill up your mailbox every week. You’re target? A 12-pack of Coca-Cola. Lots of stores seem to have deals on pop every week, so let’s see who can find the lowest on 12 cans of ice cold Coke! 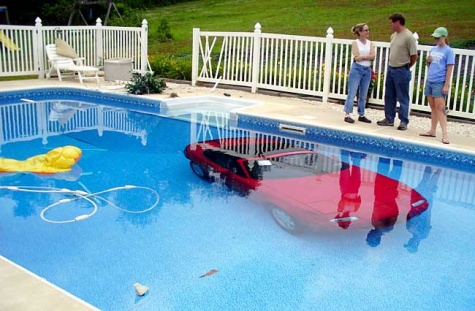 Few things illicit such immediate laughter as a car at the bottom of the pool, even if it’s you’re own car.

I’m going to try and be nice and not steal the obvious caption, so instead I’ll paraphrase an old joke I once read that went along with a similar photo;

“You know what I think’s wrong with it? There’s probably water in the carburetor.” 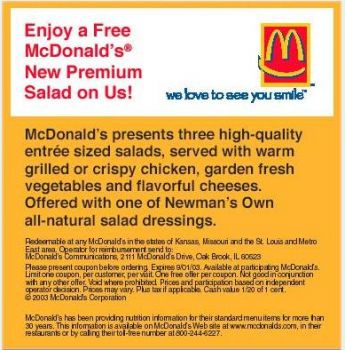 Came across this one on Snopes earlier in the week and was instantly reminded of one of our more popular threads in recent months, the one about the Maple Leaf Foods coupon being invalid. On the one hand there were dozens of people claiming that stores were still taking the coupon and encouraging others to use it anyway. On the other hand were dozens of others calling those people dishonest thieves. While I won’t weigh in on the debate one way or another, I couldn’t help but have it in the back of my mind when I read the Snopes article.

It seems that back in 2003, a similar (albeit worse) situation had arisen for McDonald’s in the US. To coincide with the launch of their Premium Salads, a coupon starting circulating online inviting people to “enjoy a free McDonald’s new Premium Salad on us!” The problem? McDonald’s didn’t issue it. Not only did they likely lose out on all of that lost product before the issue was identified, but the issue became so widespread that a call to their 800 number offered “If you are calling about the McDonald’s salad coupon, please press #1” as an option! That means meetings, strategy sessions, attack plans, and all of the trickle down costs associated with getting everybody in the company up to speed on the issue. Sure they could afford it, but can you imagine how much they spent?

If this post has at all piqued your curiosity, you can check out the full article here. 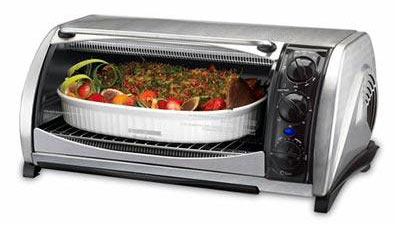 This week we’re going to step outside of the world of tech and try to nail down the lowest price on a very specific kitchen item, a Black & Decker toaster oven. Doesn’t matter which model number, just so long as it’s Black & Decker. I would have said any toaster oven but let’s not kid ourselves — if it’s a no-name brand you’re going to get what you pay for.

So let’s have at it, hunters! What’s the cheapest Black & Decker toaster oven out there? 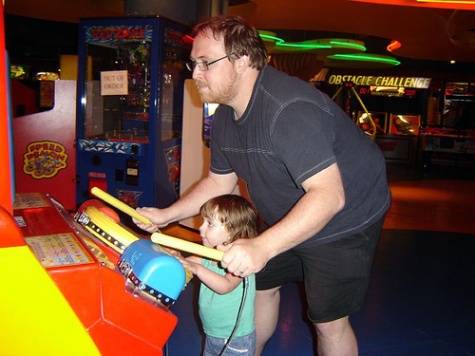 What better theme for this weeks Caption Challenge than my daughter showing me up in an arcade? That’s right, SmartCanuckers — you’re staring into the bold awesome face of Jim. With me in the photo is my daughter Julia, aged 2 1/2. As a family we’d decided to take a trip to the arcades in Niagara Falls two summers back, and Julia took to it like a pro. Now she’s 4 and can talk circles around me about Sonic the Hedgehog.

So there we have it! What caption do you have for my daughters mad drumming skills making me look the fool? 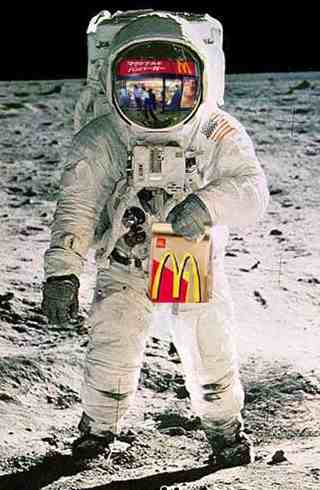 God bless Google Images. I can’t imagine what my day would be like without coming across something utterly bizarre and hysterically funny in my travels.

It appears as though this image was originally tied to an article (now defunct) about the possibility of there one day being a McDonald’s on the moon. That’s arguably the most mundane sci-fi concept I’ve ever heard. Can you imagine? One day man gets to live on the moon — and even then someone still has to ask “do you want space fries with that?”

Welcome back to the SmartCanucks Scavenger Hunt — our weekly challenge to our readers to find the lowest price on a specific item! In our first week we were looking for the lowest price on a floor lamp. The lowest price (although unconfirmed) comes to us from meisagirl who found “a nice one, silver with a shade that can be an up or down shade for $7.99” at XSCargo. Thanks meisagirl! 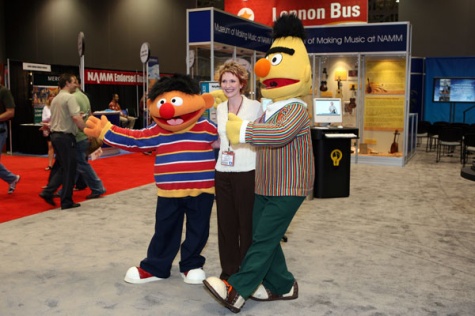 And the SmartCanucks Caption Train rolls on! This week we pay a visit to our old pals Bert & Ernie, and a new, possibly frightened friend who shall remain nameless.

“They’re holding me against my will — they said something about a rubber ducky and a pigeon. I think they may be dangerous!” 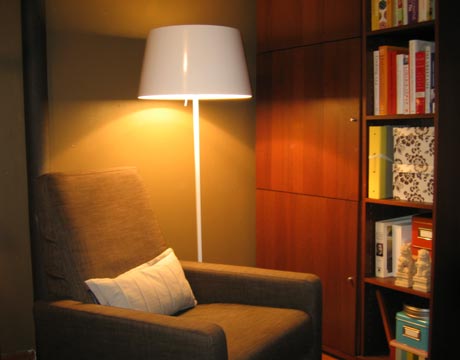 Look kids, another weekly community feature! Bargain-hunting has long been a past-time for many a SmartCanucker, so I thought it might be fun to put those bargain hunting skills to the test. Each week I’m going to present a new item to track down online and it’s up to you to find the lowest possible price. Once you find it, post a link to the item and let us know the price, and then everyone else will have an new target to beat!

Like the SmartCanucks Caption Challenge, the only real reward here is a smug sense of self-satisfaction. I just thought it might be a fun little game to play. 🙂

And so, without further adieu, your first item is… a floor lamp.

(And yes, before you ask, this idea did grow out of my need for a new floor lamp.)